As most anyone who knows me knows, I like the little things underwater. Oddly, we call them “macro.” I’m a macro diver or, more gently, a critter diver. Whatever the word, it is the small stuff. The animals most people overlook.

Why do I favor them? Because they seem more special, like rare finds, little treasures, yet they are plentiful, varied, beautiful, fun, fascinating, cute, and everything the big animals are, they are just more often overlooked.

The truth is, I like all underwater life. All of it. In my underwater world, the megafauna share the spotlight with the little animals. But lately it seems the octopus don’t want to share. Instead, they keep showing up to make story after story after story.

I am currently in the middle of octopus tales on my alter ego blog site, DivEncounters. But because the Alliance vessels are not in Puget Sound or other cold places I love to dive, I can’t really talk volumes about my local diving on the Sea Pen. And sometimes there are good stories to tell. Like that little red octo I saw at Redondo a couple weeks ago with John. I mentioned it on the Sea Pen, but now — here — I get to share photos! And more of the story.

So here is the whole story. It was a quiet dive overall, but viz was terrific. I was scanning large pieces of kelp in case there were any little baby Spiny Lumpsuckers still around. And while scanning kelp, something red caught my eye. Now, red octopus don’t have to be red. And bright red typically signifies they are unhappy. But this one was hanging out red. I moved the kelp and this is what I saw: 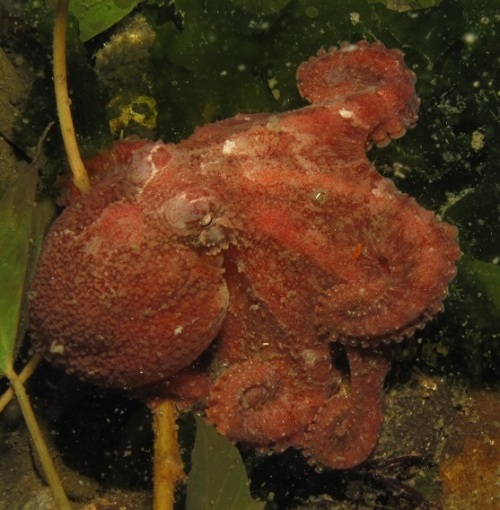 Notice in that first photo the octo is a light red (not fire-engine red), and its little mantle (the head part) appears pretty relaxed. It almost looks like it was snoozing. And I disturbed its sleep. 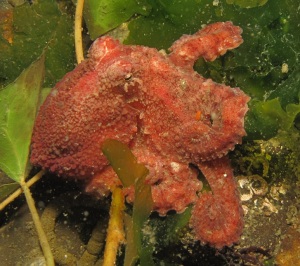 So snoozy little octo here realizes he (could be a she; don’t know) is now exposed. Turns a brighter red and tries to move along to hide again. Like this (see that grumpy yet determined look in its eye?): 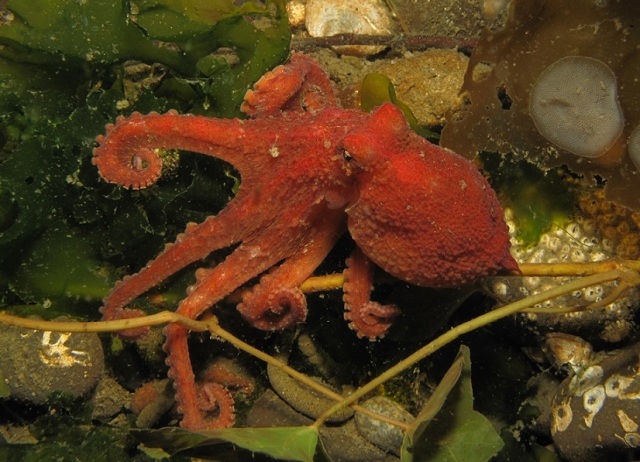 Problem was, I kept moving the kelp it was hiding under.

It was not happy. How do I know? Note the red points on its head. Mad little octo. 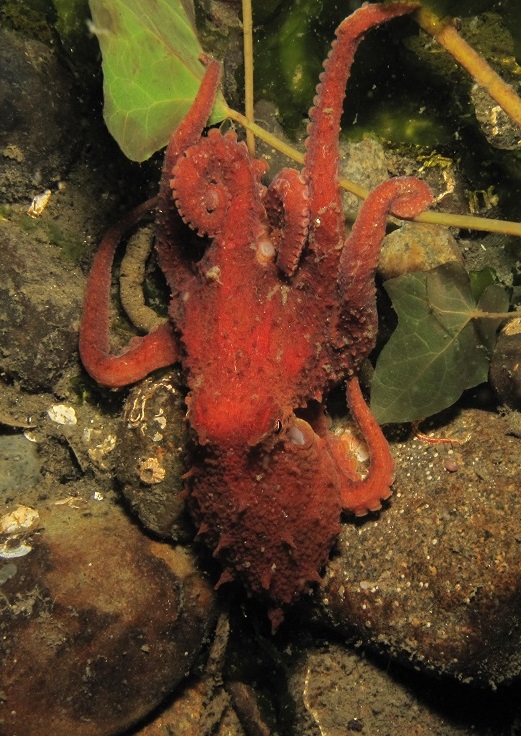 See the light color areas behind its eyes? And…notice the barnacles nearby? Color/shape coincidence? I don’t think so. 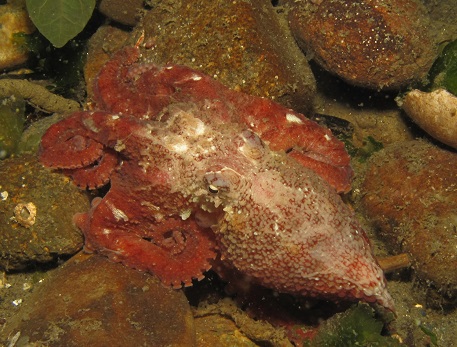 It changed shape, too. Its mantle became quite round.

See those rocks? In fact, look at the little nubs on its head — a lot like the bits of gunk and silt on the rocks. 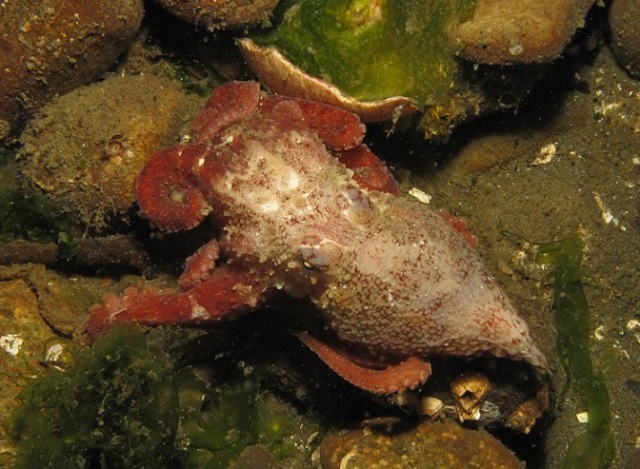 And finally, notice the catlike movements? Okay, hard to see in a still photo I know. But this is when he was creeping along, very slowly. Like a cartoon character. He was acting like a rock! Blows my mind. 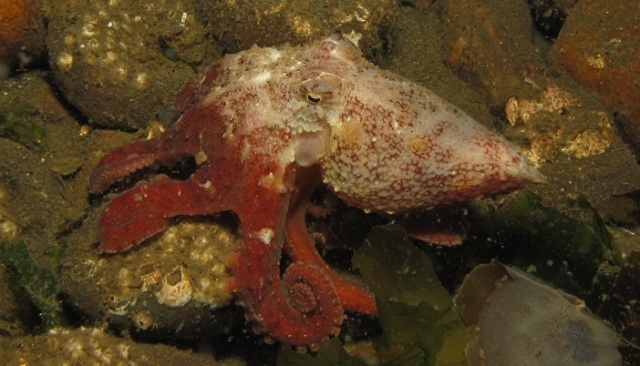 Lo and behold. He found cover (that I for once did not move). I thought he deserved to be left alone to hide. 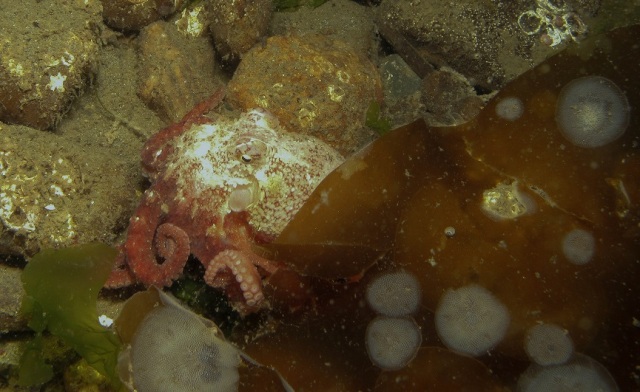 But, um, does it seem like the white spots (a bryozoan) on the kelp look a little bit like Giant Pacific Octopus suckers…?